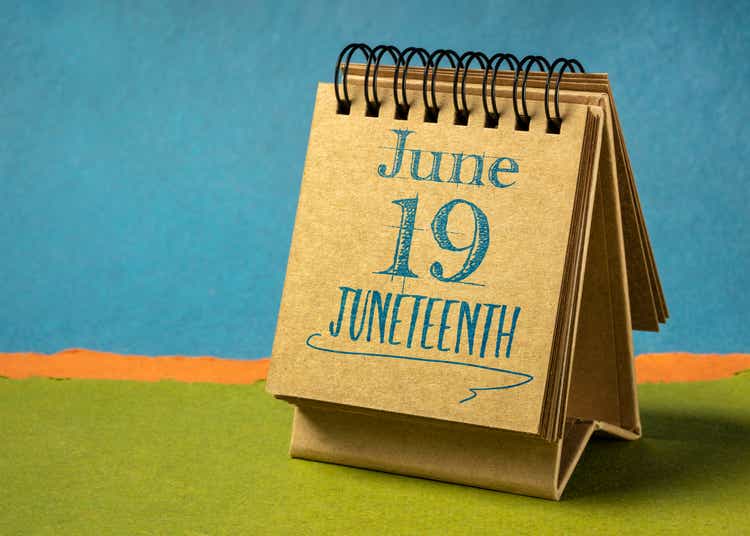 U.S. stock markets will be closed on Monday to observe Juneteenth for the first time in history after the NYSE and Nasdaq adopted the day as a new market holiday. The U.S. bond market, and the metals and commodities market – including for Nymex crude oil and Comex-traded gold – will be closed as well.

Risk sentiment has been increasingly challenged in recent months as the Fed tightens policy in response to soaring price pressures. On Sunday, Treasury Secretary Janet Yellen said that bringing down inflation while keeping the labor market strong “is going to take skill and luck, but I believe that it’s possible” to avoid a recession. She further stated that a gas tax holiday was worth considering, while reconfiguring some tariffs on China could also make a difference and “reduce unnecessary burdens.”

Some history: Juneteenth commemorates the end of slavery in America, but it wasn’t observed last year as President Biden signed a bill making it a federal holiday two days before June 19. On that day in 1865, Union General Gordon Granger read the Emancipation Proclamation to the public in Galveston, Texas, which was last corner of the defeated Confederacy to be secured following the Civil War. Juneteenth is also the first new federal holiday to be created since Martin Luther King Jr. Day was instituted in 1983.