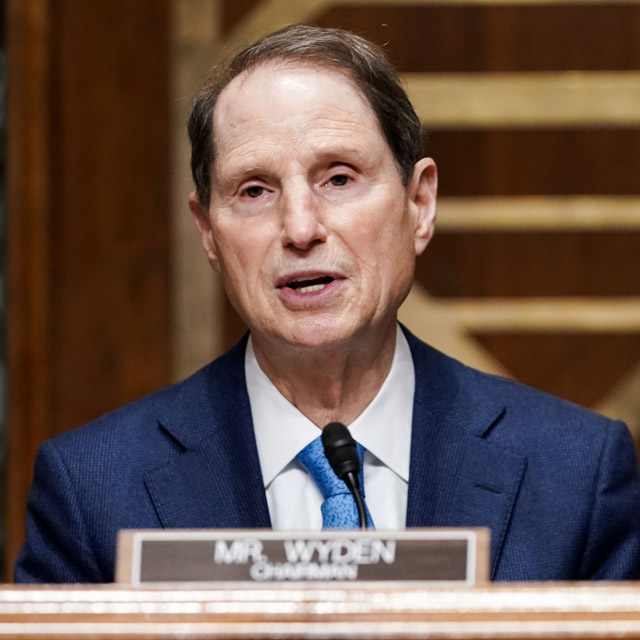 Congress may be about to pay more attention to private placement life insurance — arrangements wealthy individuals and families can use to package investments of their own choosing inside variable universal life insurance policies.

Sen. Ron Wyden, D-Ore., the chair of the Senate Finance Committee, today announced that he is investigating the use of PPLI policies by wealthy Americans to avoid and evade taxes.

Wyden started the investigation by sending a letter to Lombard International, a Blackstone unit that’s a well-known player in the PPLI market, to ask the company about the PPLI arrangements it has set up.

“I am concerned that these insurance vehicles are being used without a genuine insurance purpose to invest in hedge funds and other investments while avoiding billions of dollars in federal taxes,” he wrote.

Lombard said in a statement that it follows the rules.

“Lombard International Group and its member companies fully comply with all applicable legal, regulatory and fiscal requirements in the jurisdictions where they conduct business,” the company said.

Advisors who have helped clients with PPLI arrangements in the past need to ask their compliance advisors for help understanding what’s happening with federal oversight in that area.

Advisors who are developing new PPLI-based structures might need help with preparing for the possibility that IRS rules, or interpretations of rules, could change.

U.S. taxpayers have been using PPLI arrangements to customize their life insurance for decades.

The typical U.S. users tend to invest $4 million or more, because they must qualify as wealthy, “accredited investors” under SEC rules, according to a PPLI slidedeck prepared by lawyers at Giordani Baker Grossman & Ripp.

Customers can use hedge funds, private equity funds and alternative investments in the asset mix, and the cost may be less than 1.25% of the invested amount per year, on average, within about 15 years, the Giordani Baker lawyers estimate.

The U.S. Government Accountability Office reported in August 2020 that it believed that there are many legitimate uses for offshore life insurance, but that an Internal Revenue Service official believed that some policies had been used to conceal assets from the IRS.

In May, a Swiss insurer, Swiss Life Holding, agreed to pay about $77 million to resolve a U.S. PPLI criminal case. Prosecutors accused the company of using life insurance 1,608 wrapper policies to hide $1.45 billion in assets from the IRS.

Wyden has not suggested in the new letter, which is addressed to Stuart Parkinson, Lombard’s CEO, that he has reason to believe that Lombard has broken any law or regulation.

He told Lombard that he wants to “better understand how Lombard may be assisting millionaires and billionaires minimize or eliminate taxes on investment.”

He noted that, given the large size of the typical PPLI arrangement, “by definition, these policies are only available to the wealthiest 1% of Americans and offer a myriad of tax advantages not available to most working Americans.”