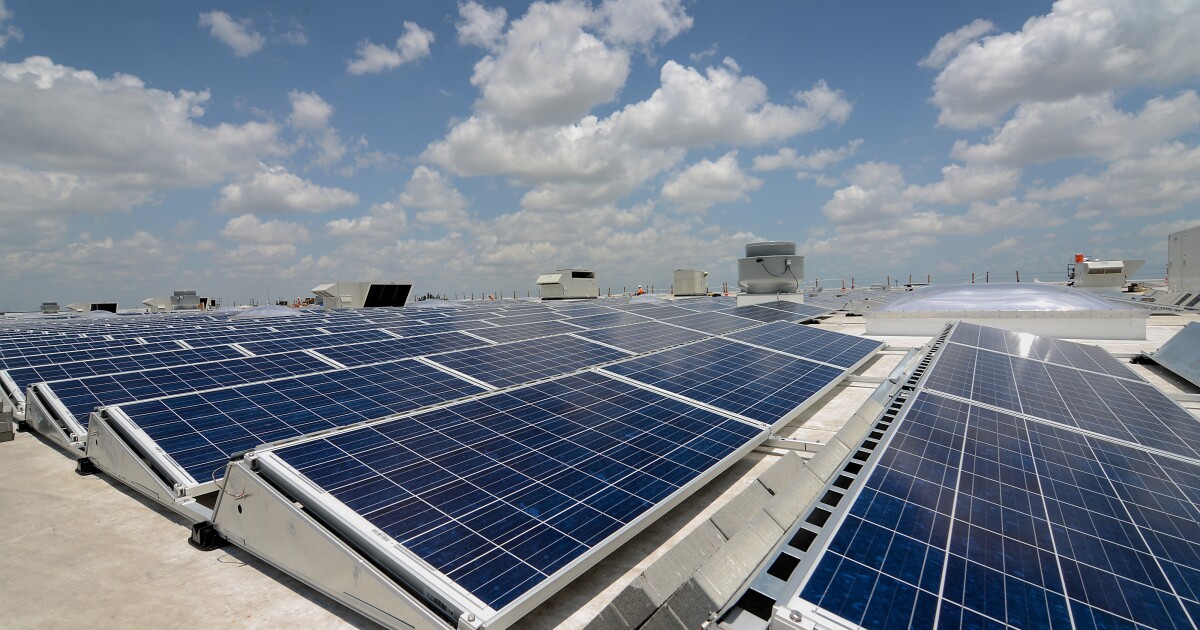 WASHINGTON — The climate provisions of the recently enacted Inflation Reduction Act represent a historic opportunity for banks and other lenders to finance and capitalize on the decarbonization of the U.S. economy.

The new legislation, which President Biden signed into law last Tuesday, allocates $369 billion to establish and extend a wide range of programs designed to attract private-sector investments in renewable energy and other projects to mitigate the risks of climate change.

Much of the IRA’s climate provisions provide tax incentives and grants to be dispersed by environmentally-focused “green banks” and other lenders to back renewable projects, develop clean technologies, renovate buildings for energy efficiency and reduce greenhouse gas emissions.

In total, the IRA’s funding for climate initiatives has been hailed as the largest federal climate investment to date. But rather than taking a punitive approach — cracking down on corporate emissions or carbon-intensive forms of energy production, for example — the law instead provides an abundance of incentives for private capital to flow toward climate-friendly projects.

Offering “carrots over sticks” to banks, investors and corporations is “the continuation of policies that already have a long history” in U.S. climate initiatives, according to Pavel Molchanov, a director and analyst with Raymond James.

“The only approach to decarbonization that is politically viable [in the U.S.] is to hand out carrots to invest in renewable and low-carbon energy,” Molchanov said.

But the sheer amount of climate investment contained within the IRA is undoubtedly significant, and banks — particularly those who have already begun to explore climate- and sustainability-minded growth strategies — stand to benefit greatly as the funds and incentives roll out in the coming years.

“The Inflation Reduction Act is a huge positive for banks that are anywhere close to adopting climate change strategies,” said Ivan Frishberg, chief sustainability officer of Amalgamated Bank based in New York. “This is almost purely opportunity.”

“So much of the economy needs to transition,” Frishberg added, “and banks are going to benefit from that transition.”

Others in the industry say the law is likely to encourage many banks to explore strategies focused on climate and sustainability finance for the first time. That might involve some growing pains, and banks interested in making a climate-minded lending pivot will need to be diligent in their compliance efforts.

Jae Easterbrooks, vice president and earth services team leader at the Oakland, Calif.-based Beneficial State Bank, said the institution first began environmental lending in 2007. The bank was later able to access some climate-focused grant funds set aside by the American Recovery and Reinvestment Act of 2009. That experience was instructive for Beneficial in determining what kinds of climate-centered loans were worth pursuing, Easterbrooks said.

“We learned how to avoid and sidestep the wrong deals,” Easterbrooks said. “There will be inexperienced or wannabe project developers coming around this time as well.”

“It was amazing to me how seemingly silent banks have been on this legislation, given how much opportunity it presents to them,” said Frishberg.

Advocates for climate preparedness have largely cheered the scale of federal investment secured by the IRA’s passage. While $369 billion may be a trifling amount compared to what scientists and progressives argue will be necessary to limit the worst impacts of climate change in the coming decades, banks and other lenders will have the opportunity to leverage such funds exponentially in the coming years.

Nicole Buell, director for federal climate innovation at the Environmental Defense Fund, wrote this week that “this federal funding only scratches the surface of the law’s transformative impact on our economy.” The group estimates that a $38.7 billion pot set aside to bolster existing Department of Energy loan programs, for instance, could generate as much as $385 billion in private investment.

“Taken together, these climate finance programs have the ability to unlock hundreds of billions of dollars from the private sector,” Buell wrote. “This could bolster the law’s power to lower energy costs, build healthier communities, create good-paying jobs and drive progress on our climate goals.”

The IRA also authorizes the Environmental Protection Agency to infuse a fresh round of funding into the Greenhouse Gas Reduction Fund — a total of $27 billion that the Environmental Defense Fund estimates could leverage as much as $72 billion in private investment.

Notably, one third of the money set aside for the newly flush Greenhouse Gas Reduction Fund was reserved by Congress for low-income communities and their efforts to improve climate preparedness. That $7 billion could provide a significant opportunity for Community Development Financial Institutions, a subset of Treasury Department-certified lenders that specialize in lending to underserved communities across the U.S.

But others see certain risks for financial firms, particularly for any who rush headlong towards the IRA’s climate funding without having a meaningful understanding of the compliance challenges and pitfalls of such programs.

“You’ve seen the headlines about greenwashing, and the impacts of when companies are not paying attention and jump in without actually having a well-thought-out strategy,” said Melissa Klimek, senior manager of the financial services climate practice at Baringa Partners US.

“The banking sector needs to be thinking about [Securities and Exchange Commission] regulations,” Klimek added, “and they have to make sure that their internal processes and definitions for what sustainable finance means to them is clearly articulated and aligned with what is covered from an [Inflation Reduction Act] investment standpoint.”

In a client note published by Morgan Lewis on the day the IRA was signed, the law firm echoed those concerns, noting that while “the ‘green bank’ fund creates a tremendous opportunity for non-profit green banks and private sector entities whose renewable energy projects receive investments, grant applicants should note that potential missteps — and misstatements — could lead to False Claims Act and other forms of liability.”

It remains to be seen whether the IRA will have a direct negative impact on the traditional energy sector in the years to come. The law contains some key concessions for oil and gas companies, including a rule for the Department of Interior that the government office bureau does not lease more federal land for solar and wind production unless it has leased a certain amount of land for fossil fuel production.

But proponents for the clean energy sector say that the IRA’s climate investment will make clean energy more widely available and, in turn, represent less price volatility for lenders than the oil and gas sector historically has.

“The faster we transition the energy mix, the more stable prices will become over the long term,” said Frishberg.  “Anything that is less volatile is easier to finance.”

Beyond the IRA, Democratic congressional leadership has already announced that they intend to take up legislation later this fall that will reform a wider swath of the federal government’s oil and gas leasing process. But at the same time, there is reason to believe that such a package may have long odds passing the current Congress.

“Certain environmental groups have expressed opposition to the legislation, and Senate Republican support will be required for the legislation as it, unlike the IRA, will be subject to the traditional Senate rules that effectively require 60 votes in support,” according to a client note from Davis Polk. “Accordingly, the content of this legislation, as well as its prospects for passage, remain unclear at this point.”