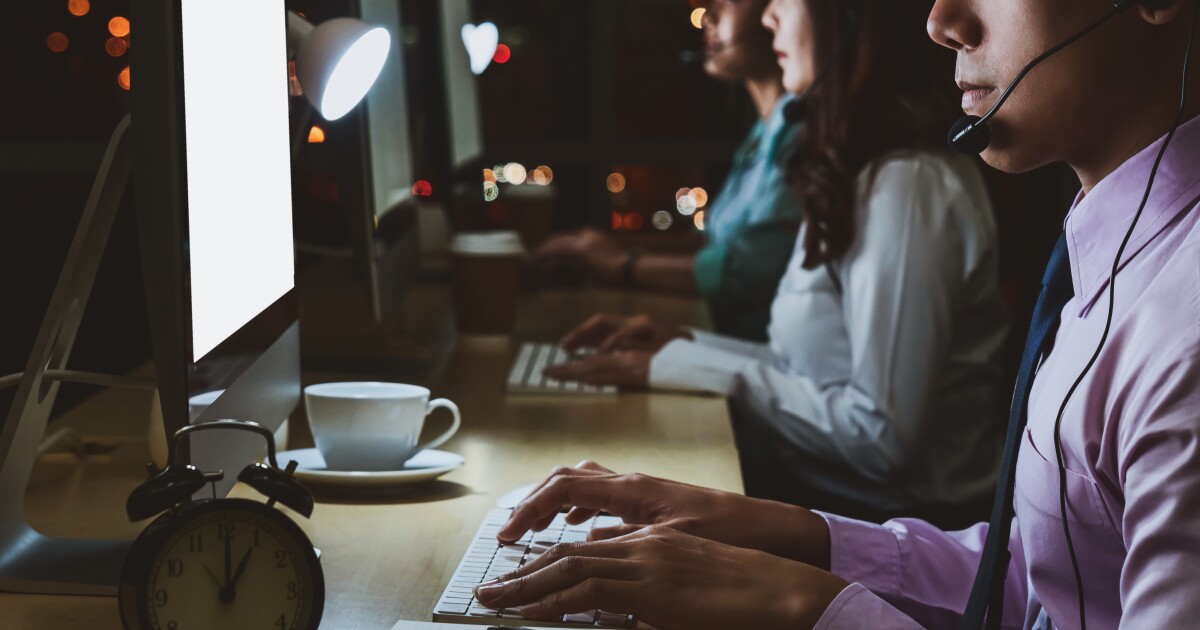 Banks are getting thrashed in angry public comments to the Consumer Financial Protection Bureau about customer service with complaints about long wait times, too few branches and rampant fraud.

The CFPB received roughly 100 comments to a request for information in June that is laying bare some of the holes in banks’ customer service offerings. Commenters generally blamed poor customer service on bank consolidation, an overreliance on technology and job cuts.

The most common complaints involved disputes over fraud, scams and unauthorized transactions in which a bank was faulted for failing — or refusing, as some consumers alleged — to help their own customers figure out what happened to their money.

“Investigations of disputed charges are often ignored for months at a time, and sometimes are never responded to except by form letters which contain no details,” wrote Mary McCune, a senior staff attorney at Legal Services NYC in a comment letter posted in the Federal Register.

Even bankers themselves complained that fraud plays a huge role in criticism of banks’ customer service.

Steven Gonzalo, president and CEO of American Commercial Bank & Trust, a $1.1 billion-asset, 10-branch bank based in Ottawa, Ill., said bank fraud has jumped dramatically but that some banks and credit unions either are not investigating or refuse to pursue criminals.

“We are often frustrated in our attempts to recover fraud losses on behalf of our customers because of the lack of cooperation or even basic communication from the larger banks and credit unions,” Gonzalo wrote. “It is clear to us that there are a small number of banks and credit unions through which the vast majority of fraud occurs. We are frequently told not to expect any response to our official communication of fraud for more than 180 days or receive no response at all.”

The CFPB is already looking into whether banks are in compliance with Regulation E, which implements the Electronic Fund Transfer Act that requires financial institutions to investigate an error within 10 business days of receiving notice from a consumer. (An investigation can take up to 45 days if a bank provides a provisional credit to the consumer of the alleged error amount.)

How the CFPB plans to use the information from the RFI is of deep concern to banks and trade groups that claim their regulator has no jurisdiction over customer service.

The CFPB has broad authority to enforce federal consumer financial law, which the bureau said “has long been concerned with consumers’ ability to access information.”  Consumers also have a legal right under the Consumer Financial Protection Act to obtain information from banks and credit unions with more than $10 billion in assets that the CFPB oversees — which translates into roughly 175 institutions.

Of particular concern to banks is the CFPB’s characterization of current customer service levels.

“Some banks may not be offering the baseline level of customer service that consumers reasonably expect to receive from companies that have control over their money,” the CFPB said in its request.

Michael Emancipator, vice president and regulatory counsel at the Independent Community Bankers of America, said that if the CFPB issues guidance on customer service levels, nonbank fintechs that compete against banks would not be impacted but bank customers could face worse service levels.

“Good customer service cannot be obtained by prescribing regulation,” Emancipator wrote.  “Perversely, if the Bureau attempts to facilitate good customer service through regulation, then banks will have to spend more time adhering to regulatory procedure, documenting compliance, and consequently, less time meeting the needs of their customers.”

A few commenters suggested the CFPB and the federal government should find better things to do with their time than focus on banks’ customer service levels. But many others voiced common criticisms.

“The service is atrocious,” wrote one bank customer. “They do everything in their power to not have you come into a branch or talk to a human on the telephone. Endless circular voicemail trees, closing brand-new branches, limiting the last branch open to one single teller, with a line eight-deep.”

Consumers in rural areas, seniors and those with disabilities described having difficulty navigating phone prompts or mobile banking and many stressed the importance of physically going to a bank branch for help from a live person.

Alan Christopher, senior vice president at First National Bank of Groton, a two-branch bank with $226.5 million in assets in Groton, New York, said long hold times at banks can be blamed on anti-money laundering requirements and the Bank Secrecy Act.

“Banks are heavily regulated and the regulatory environment surrounding the industry is a key factor causing the long hold times for in-person transactions,” Christopher wrote. “Many of the regulations have an impact on compliance procedures that will increase hold time for customers.”

The issue of bank liability is coming to the fore with advocates — who have the ear of CFPB Director Rohit Chopra — alleging that banks are avoiding responsibility to prevent outright theft from bank accounts and to investigate disputes.

“We find that big banks drag their feet in engaging and updating their customers when they report incidents of fraud,” wrote Jasmine Sabadosa, a paralegal at Mobilization for Justice, a New York consumer group that gives legal counsel to lower-income residents.

“Our clients regularly struggle to get their bank to engage in investigations or to take their claims of identity theft and fraud seriously, and banks’ failure to comply with the law adversely impacts consumers’ ability to access funds that belong to them,” she said.

Sabadosa and other advocates also said many low-income and non-English speakers have to seek out the services of nonprofits simply to get their bank to provide them with information or an update of a fraud investigation.

“Delays in accessing information related to accounts can cause great financial hardship to consumers,” wrote McCune, at Legal Services NYC. “They can lose court cases or be unable to settle them if they are unable to obtain statements that show they made payments.”

A key disconnect appears to be in banks’ own marketing claims versus what customers experience when problems happen.

“All banks claim to provide excellent customer service, but consumers have no way of easily, accurately and comprehensively assessing the extent to which these claims will be consistent with the consumers’ experience,” wrote Ellen McCormick and Claire Mooney, staff attorneys at the Legal Aid Society in New York.

Consumers “often have difficulty contacting the appropriate bank department to dispute transactions, waiting on hold for hours at a time, getting transferred from one department to another, and having to call back sometimes multiple times because the call drops,” McCormick and Mooney wrote. “Banks are obligated to accept disputes and have measures to prevent identity theft — but low-income consumers are often held responsible for transactions they report.”

Moreover, when money is stolen through an unauthorized transaction, customers and other banks often find themselves with no one to turn to for help, commenters said.

“Consumer protection should include protection from fraud (both check and debit card fraud) which has seen a dramatic and sustained increase with the proliferation of mobile deposit, P2P services like [PayPal’s] Venmo and Zelle, and syndicated fraud gangs,” wrote Gonzolo.