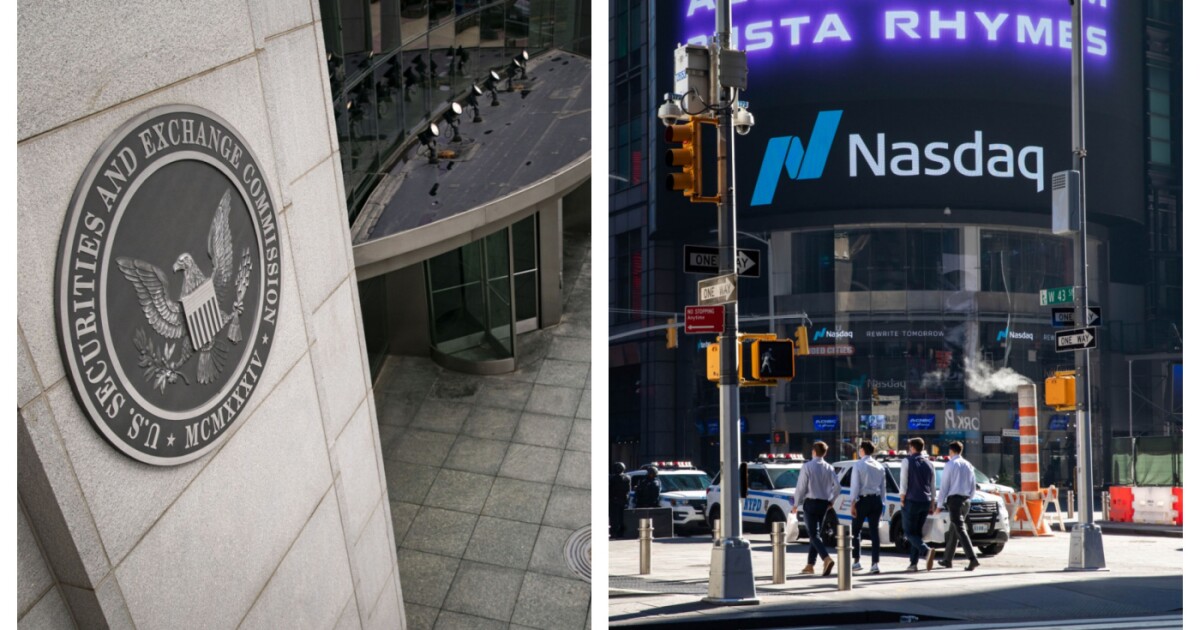 A federal appeals court heard arguments Monday in a lawsuit seeking to overturn the Securities and Exchange Commission’s approval of a Nasdaq stock exchange rule on corporate board diversity.

Under the rule, Nasdaq-listed companies must appoint at least two diverse directors — including one self-identified as female and another who is either an underrepresented minority or LGBTQ+ — or explain why they have not done so.

If the rule remains intact, it could impact a large swath of North American banks and fintech companies, and also establish precedent for further actions on the SEC’s reform agenda. More than 300 banks are traded on the exchange.

During the hearing Monday in New Orleans, lawyers for advocacy groups argued that the SEC’s approval of the rule amounted to government-sponsored discrimination, since it gives preference to women and minorities over other candidates.

One key issue in the case is whether the diversity mandate is critical for investor decision-making. “When I read the approval order, it sure looks like Nasdaq and the other exchanges are saying investors want this information,” Judge Stephen A. Higginson said during the hearing.

He added that lawyers for the groups challenging the rule must “show some coercion or strong encouragement by the regulator” to prove that the SEC exceeded the agency’s authority under the Securities and Exchange Act.

The SEC approved the Nasdaq rule last August. Assuming it remains in effect, Nasdaq-listed companies will face different compliance deadlines depending on their size. Some larger firms will need to have at least one diverse director by Aug. 7, 2023, and two by Aug. 6, 2025, or explain why they do not.

Back in 2020, minority groups including Black, Latino and Asian Americans represented 20% of board members at 44 large banks surveyed by Democrats on the House Financial Services Committee.

During Monday’s court hearing, lawyers for the two groups that are challenging the Nasdaq rule — the Alliance for Fair Board Recruitment and the New Civil Liberties Alliance — argued that the SEC is the real driving force behind the rule.

The SEC is trying “to get a private actor to do for them what they can’t do for themselves,” said Margaret Little, senior counsel for the New Civil Liberties Alliance.

“When you have a rule that’s approved by the SEC and can be enforced by the SEC, it’s hard to say that’s purely a private rule,” Little said.

Jonathan Berry, a partner at the law firm Boyden Gray & Associates, which represents the challengers to the Nasdaq rule, made a related argument about the involvement of the government.

“It seems to be the case that the SEC is letting Nasdaq’s rule play out before it turns to its own rulemakings related to diversity for all public companies,” Berry said in an interview.

During the hearing, judges on the Fifth Circuit Court of Appeals questioned lawyers for the SEC about whether the rule is based on consensus evidence that diverse board leadership can have a material impact on a company’s financial performance.

“The empirical evidence is inconclusive, but it is a matter of reasonable debate,” responded Tracey Hardin, an assistant general counsel at the SEC.

In a study last year, Moody’s Investor Services found that greater gender diversity on bank boards has a slight correlation with higher credit ratings. At banks with higher credit quality, 28% of directors were women, compared with 26% of board members at lower-rated banks.

The Nasdaq rule is a response to demand from investors for “more granular, comparable and consistent disclosures,” said Stephen Hall, legal director and securities specialist at the nonprofit watchdog group Better Markets.

“I think the judges appreciated that the rule serves an important purpose in responding to clear demand from investors,” Hall said during an interview.

Andrew Vollmer, who served as the SEC’s deputy general counsel during the George W. Bush administration, expressed greater skepticism about the rule.

He said that the “scope of listing requirements have gotten fairly broad” and are “treading into corporate governance areas.”

“You need to have a reasonably close connection between listing requirements and traditional reasons for having stock exchanges offer services to members of the public,” Vollmer said in an interview.

Vollmer argued that broad changes in corporate governance rulemaking should not receive regulatory approval without the consent of elected officials.

“Questions of race, gender and sexual identity are among the most sensitive and controversial matters in our society today,” Vollmer said. “These are moral and social issues that really need some type of Congressional approval.”