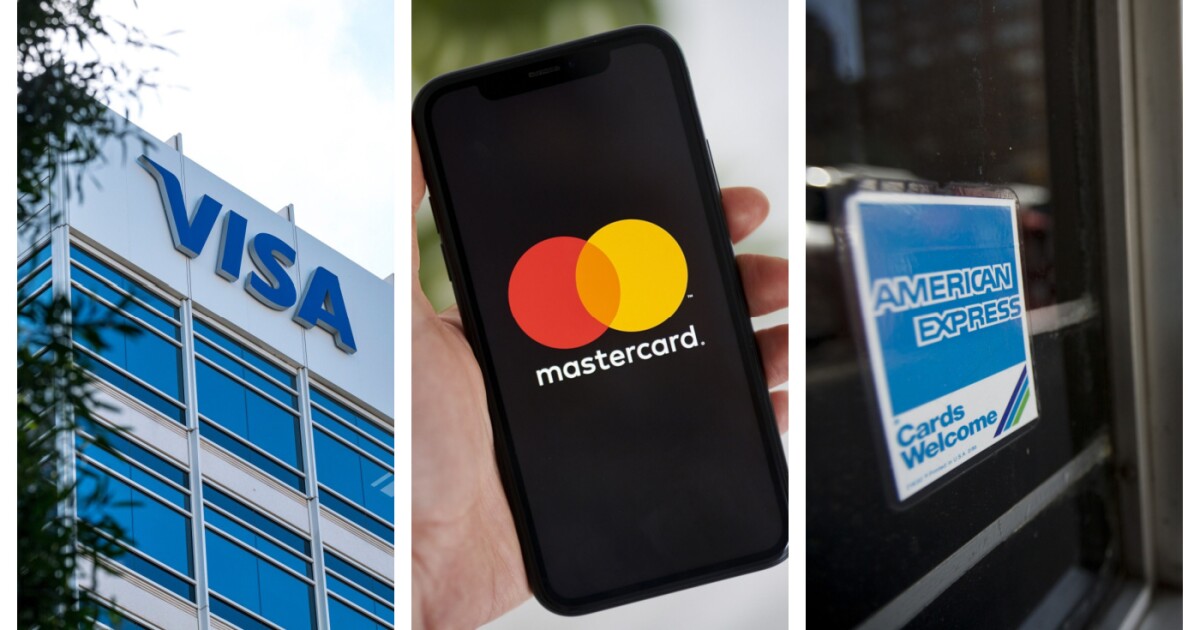 In letters to the CEOs of Visa, Mastercard and American Express, the two attorneys general wrote that “all options must be on the table to remedy” the “scourge of gun violence” in the United States.

“To address a problem as persistent and pervasive as gun violence in the U.S., it is imperative for business leaders to identify and remedy the ways that their industries help to facilitate gun violence,” California Attorney General Rob Bonta and New York Attorney General Letitia James wrote.

The state officials asked the three card networks to set up a new merchant category code for gun store purchases. The code would help law enforcement officials to spot patterns that “could help to prevent a future mass shooting or reduce the risk of gun trafficking,” they wrote, likening the idea to efforts to combat terrorism and money laundering.

Spokespeople for Visa and American Express did not respond to requests for comment.

A Mastercard spokesperson pointed to comments the company made earlier this week, which noted that the International Organization for Standardization is considering a separate category code for gun and ammunition stores. The Mastercard spokesman’s comments came after three pension funds for New York City teachers, civil servants and school administrators urged the card networks to take action on the issue.

“We are reviewing how it could be implemented and managed by the banks that connect merchants to our network,” Mastercard spokesperson Seth Eisen told Bloomberg. “This will help us continue to deliver a payments system that supports all legal purchases while protecting the privacy and decisions of individual cardholders.”

Officials at the International Organization for Standardization, the group that creates merchant category codes, is preparing to vote on an application from New York-based Amalgamated Bank to create a new code for gun and ammunition stores.

Last year, the International Organization for Standardization denied a similar request by Amalgamated Bank, which says on its website that it supports “sustainable organizations, progressive causes and social justice.”

The relevant group at the International Organization for Standardization includes representatives from Visa, Mastercard and Amex, the state attorneys general said in a press release Friday.

Bonta and James noted that the international standard-setting organization has category codes for other types of merchants, including electric razor stores, tent stores and leather goods stores, but that gun stores are deemed to be “miscellaneous” or places under sporting goods stores.

Nearly 30,000 people have died in the United States this year from gun violence, according to the Gun Violence Archive. Some 46% of the deaths were classified as murders, unintentional shootings or defensive gun use, while the rest were categorized as suicides. So far this year, the country has seen 450 mass shootings, which the Gun Violence Archive defines as four or more people shot or killed in one incident.