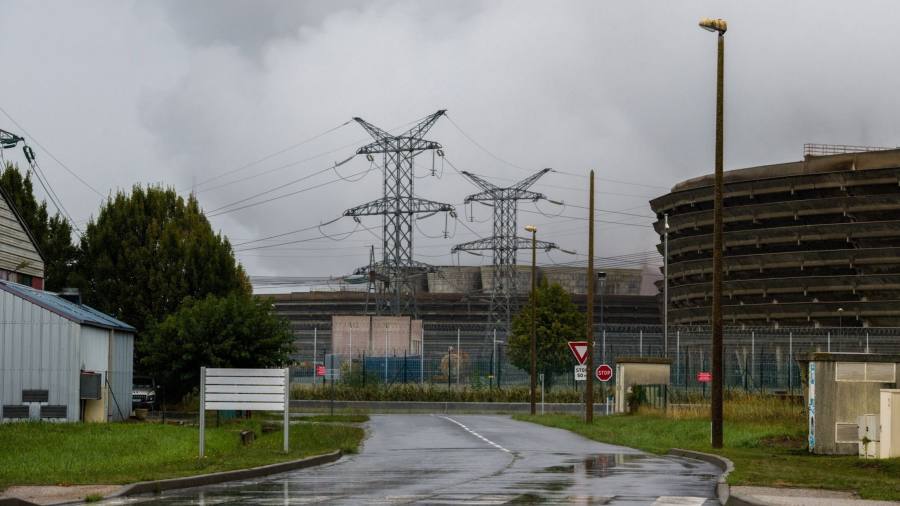 EDF warned that core profits would take a €29bn hit this year from outages at France’s nuclear reactors, a sharp rise on its previous forecast just weeks ahead of full renationalisation by the French government.

More than half of the 56 reactors run by EDF are offline as corrosion problems discovered at some sites add to maintenance stoppages.

That has pushed output to three-decade lows, sapping electricity supply in a country that is normally an exporter of power and forcing the company to buy power on wholesale markets that have become hugely costly as Russia chokes gas supplies to Europe.

EDF had previously estimated the hit to its earnings before interest, taxes, depreciation and amortisation at €24bn for 2022.

The group, which is 84 per cent controlled by the state and has come under government pressure to get its reactors running again for the winter, has said restarts are on track and capacity should return to last winter’s levels.

Even so, France’s grid operator has warned that targeted power cuts may be needed at moments of strain on the system in the coming months unless households moderate their energy use.

The French government is poised in the coming weeks to launch a tender offer for the 16 per cent of EDF it does not already own. It has said it wants to take full control as EDF gears up to build new reactors and addresses operational problems.

People close to the operation have said the company’s financial woes have added to incentives to remove it from the glare of markets.

EDF’s finances were also hit this year by government measures to cap electricity bills for households. The caps on price rises will be extended into 2023, with power bill rises limited to 15 per cent, although it is unclear whether EDF will be made to shoulder some of the cost of the measure.