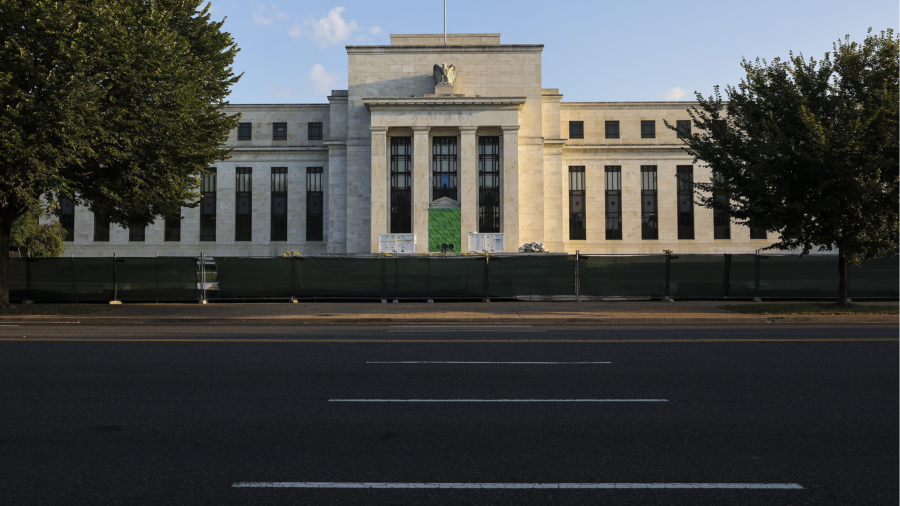 European shares and US stock futures turned lower on Tuesday, while government bonds came under pressure, as investors awaited a closely watched interest rate decision by the US Federal Reserve.

The regional Stoxx Europe 600 share gauge lost 0.8 per cent, reversing earlier gains, while London’s FTSE 100 slipped 0.3 per cent as traders returned to their desks following a UK public holiday to mark the state funeral of Queen Elizabeth. Futures markets anticipated a weak start for Wall Street, pointing to a fall of 0.5 per cent for the S&P 500 at the open.

The main US equity benchmark had gained 0.7 per cent by the close on Monday after a late rally that provided a positive impetus for equity markets in Asia. Hong Kong’s Hang Seng index traded up 1.2 per cent, China’s mainland CSI 300 gauge added 0.2 per cent and Japan’s Nikkei inched 0.4 per cent higher.

Equity trading volumes are expected to remain light ahead of a round of central bank meetings this week, amid growing uncertainty over whether policymakers will feel compelled to accelerate the pace of monetary tightening to control runaway inflation.

Yields on US government debt edged higher on Tuesday, after reaching their highest levels in more than a decade on Monday ahead of the start of the Fed’s two-day meeting at which rate-setters are widely expected to deliver a third consecutive jumbo 0.75 percentage point rate increase.

The yield on the 10-year US Treasury note added 0.05 percentage points to 3.54 per cent, having pushed above the 3.5 per cent threshold in the previous session for the first time since April 2011. The yield on the policy-sensitive two-year bond remained at a 15-year high of 3.97 per cent. Bond yields rise as their prices fall.

In the UK, markets are pricing in the likelihood of the Bank of England raising interest rates by 0.75 percentage points this week in response to high inflation, following a 0.5 percentage point increase in August, the sharpest rise in 27 years. Swifter action on rates by other central banks has increased the pressure on the BoE to step up the pace of monetary tightening to combat inflation and support the pound.

Sterling slipped 0.1 per cent to $1.142 after sinking on Friday to its lowest level against the dollar since 1985. The pound has lost almost 16 per cent so far this year with business confidence sliding as the UK economy hovers on the brink of a recession that could last until the end of 2023, according to the BoE’s forecast.

Sweden’s central bank raised its policy interest rate by a full percentage point to 1.75 per cent on Tuesday, a bigger move than expected by analysts and the largest increase since the early 1990s. The Riksbank said pushing up interest rates would reduce the risk that high inflation would persist over the longer term. Inflation is running at 9 per cent in Sweden, a 30-year high, and the central bank has forecast that the economy will shrink by 0.7 per cent in 2023. The Swedish krona strengthened 0.2 per cent against the euro at €10.82