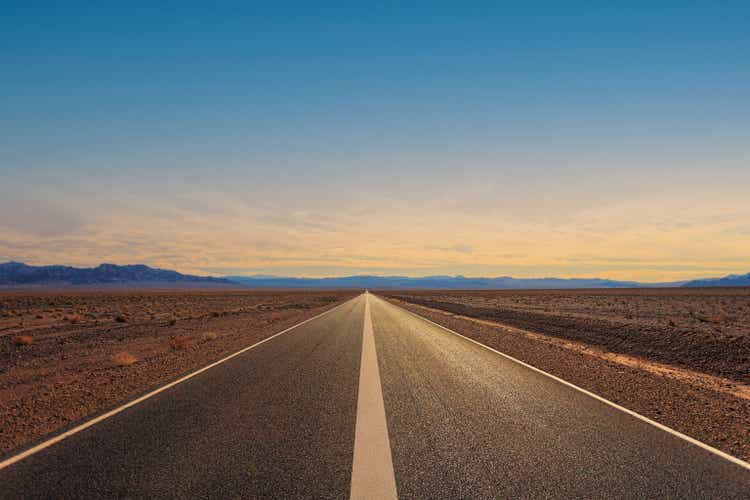 At the start of the year I believed that some cracks were seen in the foundation of Arcosa (NYSE:ACA). This came as the company has seen some struggles and stagnation in 2021, despite bolt-on deal making. Margin pressure, induced by inflation, more than offset the impact of growing sales, holding earnings growth back despite the tailwind of greater pandemic-related and infrastructure spending.

Arcosa was spun-off from Trinity Industries (TRN) early in 2019 as shares doubled from $30 to $60 in the spring of 2021. The fact that shares doubled was not (entirely) backed up by fundamental performance, indicating rising valuations and expectations.

The company has grown sales from $1.4 billion at the time of the spin-off to $1.9 billion in 2020, on the back of inflation, organic growth and bolt-on deal making.

The business operates three segments of which Engineered Structures is by far the largest with $877 million in sales in 2020 on which operating profits of $80 million were reported from construction of utility, wind, storage tanks and related infrastructure.

The Construction Products is the second-largest segment with $594 million in sales yet its operating profits of $75 million approach that of its largest segment. This segment focuses on aggregates and specialty materials.

The third segment is a smaller $466 million Transportation Segment, focused on inland barges and steel components, as this business posted solid operating profits of $55 million.

With the company earning $2.50 per share on the back of these results in 2020, and shares trading in the low sixties, valuations were demanding at around 25 times earnings, certainly as the company guided down for 2021. That was all a bit hard to read into as the company announced a $375 million deal for StonePoint Materials as well, as substantial deal given an own valuation around $3 billion at the time.

Picking up the story at the start of 2022, shares had come down from levels in the $60s in 2020 to $48 per share in January. The company hiked the full year sales guidance for 2021 to just over $2 billion as sales declines did not materialize following the StonePoint deal and another bolt-on deal announced during 2021.

This made that while sales came in around $2 billion, adjusted earnings were down to roughly $2 per share, all while deal making jacked up leverage to 2.5 times EBITDA, leaving few reasons to become really upbeat.

Since the start of this year, shares of the company have traded in a $40-$50 range and quite recently shares have risen to roughly $60 per share here, marking decent gains (given the overall market performance).

In February the company posted its 2021 results which came in at $2.04 billion in terms of revenues, while adjusted earnings per share fell 21% to $1.93 per share and EBITDA came in at around $283 million. Given the deal making efforts throughout the year, the 2022 guidance was not too convincing. After all, sales were seen between just $2.1 and $2.2 billion as EBITDA was set to be roughly flat between $280 and $305 million, all while net debt was reported just over the $600 million mark.

In April, the company reached a deal to sell its tank storage business in a $275 million deal, as some $200 million in revenues would leave the door, but unfortunately, no segment earnings were reported. In May, the company announced a $75 million recycling deal as second quarter results in August revealed strong momentum.

Amidst a strong performance and inflation the company hiked the sales guidance by a hundred million to $2.25 billion (at the midpoint) with EBITDA now seen at a midpoint of $335 million (excluding the impact of the tank storage divestment). That deal closed in October, as a $250 million revenue contribution from the tank storage business, and $52-$55 million EBITDA contribution revealed a strong year so far, and hence perhaps reveals that a low multiple was fetched for the business.

For the year the company now sees revenues between $2.25 and $2.30 billion, or basically just over $2 billion if we account for the tank storage divestment. EBITDA is seen at a midpoint of $325 million, or about $280 million if we factor in the divestment. With adjusted earnings so far trending at $1.96 per share, a $2.50 per share number for the year looks quite realistic.

Net debt of $604 million, by the end of the third quarter, will fall to some $330 million if we factor in the divestment, with leverage seen just above 1x.

The truth is that after a soft 2021 and initial soft guidance for this year, the company has a solid performance. The company has sold its tank storage business, although the price gap could have been a bit higher if you ask me.

Right now the valuations look fair as leverage is under control at 1x, yet $2.50 per share in earnings power is now still awarded a 23-24 times multiple, which is high given this interest rate environment and the fact that the operating performance remains a bit mixed, not to mention some dilution from the tank storage divestment.

All of this leaves me to conclude that while the company and notably the shares have done alright so far this year, I see no reason to get involved here at these conditions.