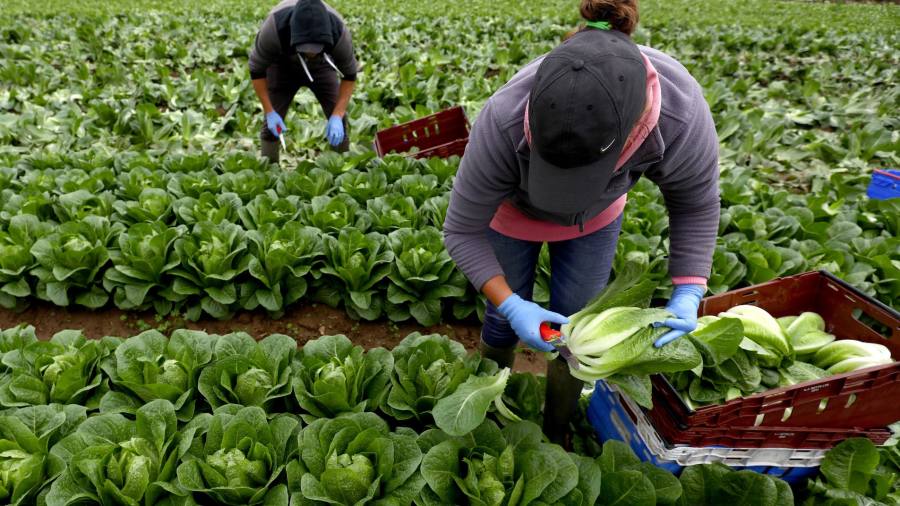 Business leaders have been pressing the government to help them tackle labour shortages in sectors ranging from agriculture and food processing to construction and logistics by allowing them to hire more workers from overseas on short-term visas.

But the MAC — the body tasked with advising the government on immigration — said the design and poor policing of existing visa schemes had left migrants open to abuse.

The committee pointed to evidence that many migrants were going into debt to pay fees charged by recruiters in their home country, or to meet the costs of moving to the UK, including the high visa charges levied by the British government, with some becoming trapped in debt bondage as a result.

It said the design of the immigration system could itself “facilitate exploitation”, for example by stopping asylum seekers working legally, or by preventing migrants who came through sectoral visa schemes from switching employer — with evidence to suggest this was happening in the home care sector.

“In the context of soaring vacancies, but consistently high economic inactivity and a looming recession . . . the government should resist calls to open new visa routes without a strong economic rationale”, the committee said. It added that the government appeared unable to protect workers whose visa tied them to low-wage jobs — and had failed to boost the skills pipeline in the sectors where it was the main funder and regulator, with far too few doctors and nurses trained in the UK.

The committee’s warnings echo comments made last month by Margaret Beels, the government’s director of labour market enforcement. She told a parliamentary committee she was concerned that agricultural workers recruited overseas were falling into debt bondage — partly because the Home Office had set the scheme’s parameters at the last minute, leading recruiters to rush to bring workers in.

Brian Bell, the MAC’s chair, also said it was “deeply disappointing” that the government had not acted on the committee’s advice that it should set a minimum rate of pay £1 above the statutory minimum for care workers — who were especially hard hit by the cost of living crisis, and leaving for other sectors.

However, the MAC also urged the government not to instigate a clampdown on migration simply because the numbers entering the UK during the past year had been unusually high.

Most of the increase in net migration had been due to the introduction of new humanitarian routes and to arrivals by international students — who brought “very substantial economic benefits” and were likely to return home after completing their studies, the MAC said, adding that an impending economic downturn was likely to lead to a drop in employers’ recruitment of skilled workers from overseas.

The Home Office did not immediately respond to a request for comment on the MAC’s warnings that the design of visa routes could leave migrant workers exposed to exploitation.