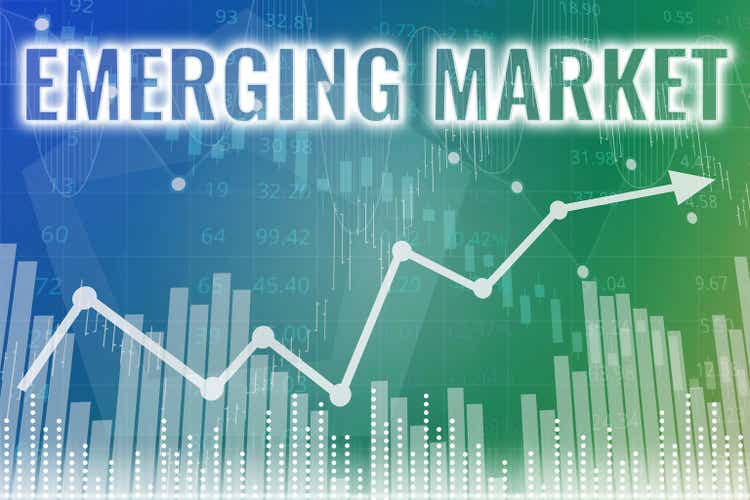 According to S&P Global Manufacturing PMI data, emerging markets recorded a third successive monthly contraction in output during November. The rate of decline also accelerated to the sharpest in six months, indicating a worsening downturn across the goods-producing economy. This was in line with the broader global trend as the JP Morgan Global Manufacturing Output PMI (compiled by S&P Global) also signalling a steeper contraction in worldwide manufacturing production.

However, excluding mainland China, which continues to be adversely impacted by COVID-19 containment policies, the performance of the emerging market manufacturing economy was more robust. The respective Manufacturing Output PMI recorded 51.0, thereby indicating month-on-month growth and contrasting starkly with the downturn seen at the global level. Of the emerging market countries where PMI surveys are conducted, disaggregated data revealed Thailand as the best-performing nation during November, with strong outturns also seen across manufacturing sectors in the Middle East and Africa. Other emerging market countries to record an expansion in November included the Philippines, India, Indonesia, and Russia.

Excluding Mainland China, the emerging market manufacturing sector has outperformed the global benchmark in almost every month of 2022, with this gap becoming particularly prominent in recent months due to deteriorating economic conditions in parts of the developed world.

Given the sensitivity of emerging market economies to the global business cycle, this outperformance may appear puzzling, but gaps like this have opened up in previous periods of the economic turmoil such as during the Global Financial Crisis between 2008 and 2009, and the eurozone sovereign debt crisis between 2011 and 2013, before emerging market conditions ultimately fall back in line with the broader picture.

Indeed, forward-looking PMI indicators suggest that this resilience will soon be tested. The respective output PMI signalled the slowest expansion since March in November, and the order-to-inventory ratio fell to its lowest level in two-and-a-half years. This ratio shows the extent to which incoming new orders can be filled with existing stocks of finished goods. A ratio below 1.0 has historically been an adverse indicator for output. At the global level, the order-to-inventory ratio has slumped sharply, and output levels have been subsequently declining.

Another adverse cyclical indicator is our PMI-derived global commodities demand tracker, which shares a strong correlation with emerging market exports. This indicator has trended downwards throughout 2022 as pent-up demand faded and price pressures intensified, and emerging market new export orders have followed suit. The subdued level of the indicator suggests demand conditions at emerging market manufacturers are set to remain weak and will drag on production volumes.

In summary, while we’ve seen the overall trend in emerging market PMI data deteriorate, the exclusion of mainland China revealed an outperformance across these countries relative to the global level. We’ve typically seen this occur in previous global economic downturns, and forward-looking PMI-based indicators suggest that weakness is on the horizon.

Editor’s Note: The summary bullets for this article were chosen by Seeking Alpha editors.