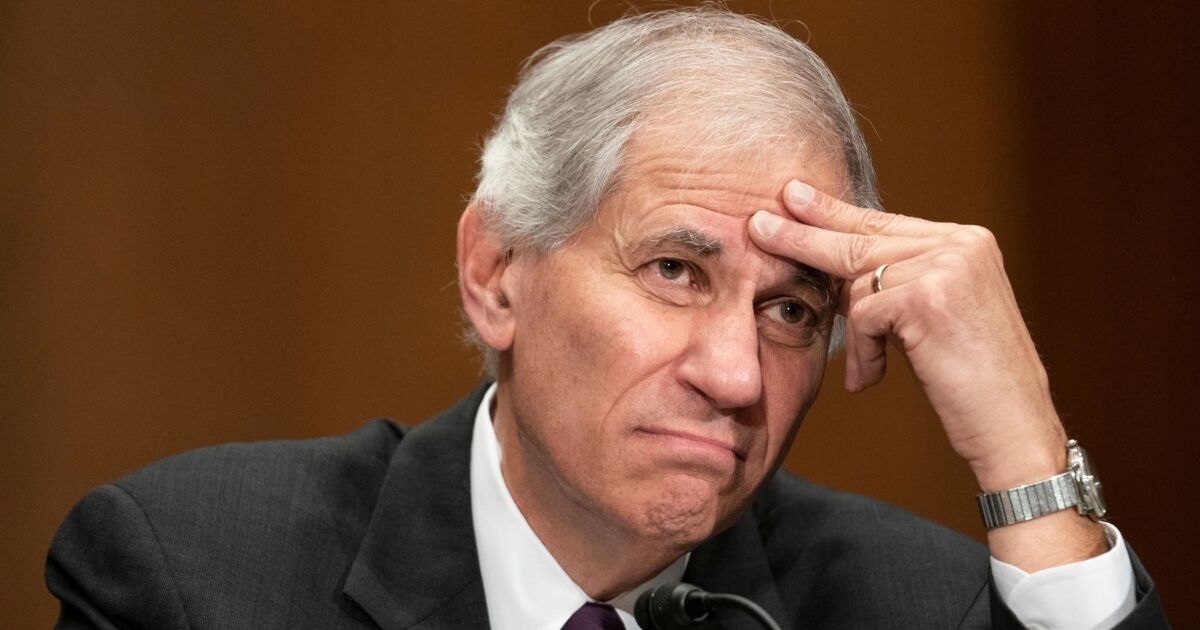 When the Senate voted to confirm Martin Gruenberg to his second term as official Chairman of the Federal Deposit Insurance Corp.’s board of directors Monday, it was an unmitigated victory for the administration and firmed its grip on the bank regulatory apparatus.

Todd Phillips, principal at Phillips Policy Consulting and a former FDIC attorney, said that Gruenberg’s appointment is an important milestone for the administration and that his tenure would settle leadership questions at the agency for years to come.

“Marty is a very smart, thoughtful regulator,” Phillips said. “It’s great that he’s going to be at the helm of the agency again for at least another five years.”

Partisan scuffles left Gruenberg — who has served on the FDIC board in various capacities since 2005 — serving as acting chair since February, and vacancies have left the board operating with the bare minimum number of members for that time.  Gruenberg’s predecessor, Trump-appointed board Chairman Jelena McWilliams, resigned from the agency after Democratic board members Gruenberg, Consumer Financial Protection Bureau Director Rohit Chopra and acting Comptroller of the Currency Michael Hsu launched a review of bank merger policy against her wishes.  Gruenberg was elevated to acting chairman upon her resignation.

But without an official Senate appointment, Gruenberg’s place at the helm of the board was tenuous. At the same time as Gruenberg’s nomination was confirmed, the upper chamber also confirmed Republicans Jonathan McKernan and Travis Hill to fill the remaining vacancies on the board.

Under FDIC board rules, the party with control of the Senate could select their board member nominee to replace an acting chairman. Some Democrats worry future election power shifts could complicate regulatory efforts. Phillips also addressed the board’s lingering partisan precarity saying, “if Democrats lose in 2024, we would potentially end up with a situation where Marty is a Democratic chair with a Republican board, and we may see a similar fight” to the one over McWilliams.

Democratic control “is likely only as long as there is a Democrat in the White House,” Seiberg said. “The CFPB director is a voting member of the FDIC. A Republican would put a new director in charge of the agency. That would then create a three-vote GOP majority. Under the precedent that Democrats set last year, the Republicans would control the agency’s agenda.”

Others see Gruenberg’s appointment as good for the FDIC, with the chairman now able to focus less on the risk of replacement, and more on regulation itself.

Carl Tobias, Williams Professor of Law at the University of Richmond, said Gruenberg’s confirmation gives him a freer hand to pursue his and the administration’s agenda.

“It’s one thing to be acting, and another thing to be the head for a pretty long time,” Tobias said. “This time he has the authority to move, and he has the majority, so it might be a good time to be in charge.”

The newly appointed chairman’s goals for the next few years remain to be seen, but given his statements and the collapse of the crypto firm FTX, digital assets are sure to be targeted for more explicit regulation.  In a Senate Banking Committee hearing with fellow regulators last month, Gruenberg indicated he would work closely with his fellow regulators to prevent the kind of mass market disruptions seen this year.

Gruenberg also made clear his crypto concerns extend to stablecoins, a particular type of digital asset often claimed to be pegged to real-world assets like currencies, U.S. Treasury securities or commercial paper. The chairman has noted, however, that some of the technology used for digital speculation could have utility in a more formal and regulated setting.

“The distributed ledger technology upon which [stablecoins] are built may prove to have meaningful applications and public utility within the payments system,” Gruenberg said at November’s Senate Banking hearing on regulatory oversight. “This raises a host of important policy questions that will be the subject of careful attention by all of the federal financial regulators.”

In addition to addressing cryptocurrencies, some familiar with the agencies predicted Gruenberg would pursue a stronger focus on bank merger reform and revising bankruptcy protocols.

“We believe that means the agency will tighten bank merger standards with a broader focus on how to measure competition,” Seiberg said. “This should mostly impact smaller banks, which are the bulk of whom the FDIC oversees.”

Seiberg also said that the FDIC could compel top-tier holding companies of regional banks to take greater responsibility for restructuring company debt and equity in the event of a bankruptcy.

“We continue to expect the Fed and FDIC will impose at least a version of single point of entry on regional banks,” Seiberg said. “That could result in higher regional bank capital requirements.”

With Gruenberg confirmed by an enduring Democratic Senate majority, concerns about partisan struggles may be deferred for now. Democrats will control the Senate and White House for the time being, but if this year’s close election is any indication, the bank regulatory apparatus may be increasingly susceptible to political pendulum swings.

And with all five FDIC board members seated for the first time in many years, the only acting principal at a federal banking regulator is acting Comptroller Michael Hsu. Some have speculated that Gruenberg’s confirmation could provide momentum for making Hsu’s seat official.  However,  the unique nature of the position makes acting comptrollers less dependent on congressional majorities.

Daniel Meade of Cadwalader, Wickersham & Taft said that although the president has a freer hand in the next Congress to appoint a permanent head at the Office of the Comptroller of the Currency, the law also lets him make that decision more or less at the time of his choosing.

“While President Biden may very well nominate someone, possibly including Mr. Hsu, to be confirmed as comptroller, the National Bank Act permits an acting comptroller to stay at the pleasure of the secretary of the Treasury,” Meade said.