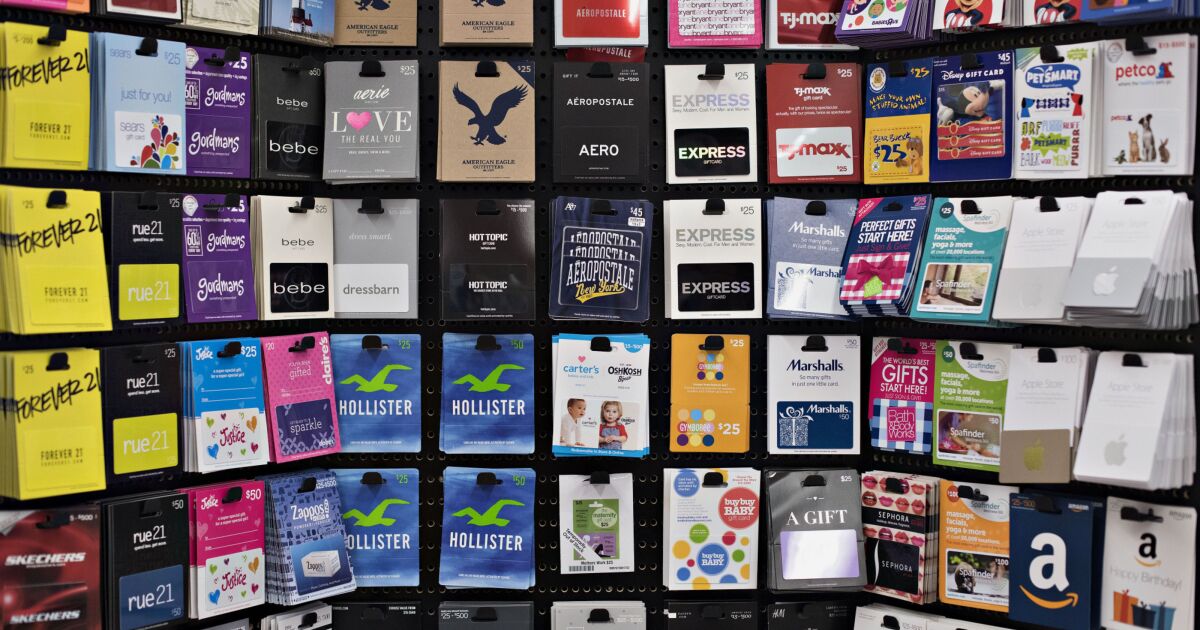 Behind clothing, gift cards are the most popular items consumers purchased for friends and family this year, according to the National Retail Federation. But nearly half of recipients won’t fully redeem those cards before they get lost or expire — and laws such as one in New York extending cards’ expiration to nine years — create added liability for merchants.

U.S. consumers have built up about $21 billion in unused gift card balances over the years, according to a recent survey by CreditCards.com. It’s a phenomenon that’s likely to grow as more states extend gift card expiration dates or eliminate them entirely.

New York’s new law, which went into effect December 10, extends the expiration date of gift cards to nine years from the date of activation. That’s up from the federal minimum gift card expiration date of five years, which was mandated by the CARD Act more than a decade ago.

The latest law, proposed last year and signed this month by New York Gov. Kathy Hochul, also bans inactivity fees and requires merchants to redeem gift card balances for cash if the balance is less than $5. Merchants must be prepared to honor those cards even if many will never get used at all.

Despite New York’s seemingly generous extension of the shelf life of gift cards, the trend is moving toward gift cards that never expire, according to Elish Meyers, an attorney and spokesperson for the Retail Gift Card Association, a Washington, D.C.-based trade group.

“Many states have regularly proposed or passed legislation regarding limitations on expiration dates for gift cards for almost the last decade,” Meyers said.

But along with closing sales, retailers depend on gift cards to bring shoppers into stores to drive other purchases, so unused gift cards aren’t a benefit.

“The sale of a gift card is an accounting liability, as the retailer owes the consumer goods or services upon redemption but cannot predict when the gift card will be redeemed,” Meyers said.

The average amount of unspent gift cards, vouchers and store credits U.S. consumers have lying around is about $175 per person, up about 50% from $116 last year, according to a survey CreditCards.com conducted with YouGov among 2,372 adults between July 27-29, 2022.

But the likelihood of merchants being on the hook for every unused gift card is low, because 25% of recipients say they lost at least one gift card and will never redeem it.

Nineteen percent of respondents said they were unable to redeem a gift card because the business closed permanently before they got a chance to buy anything, a condition for which there is usually no recourse.

Almost half, or 45%, of respondents said they intend to use their unused gift cards within 12 months.