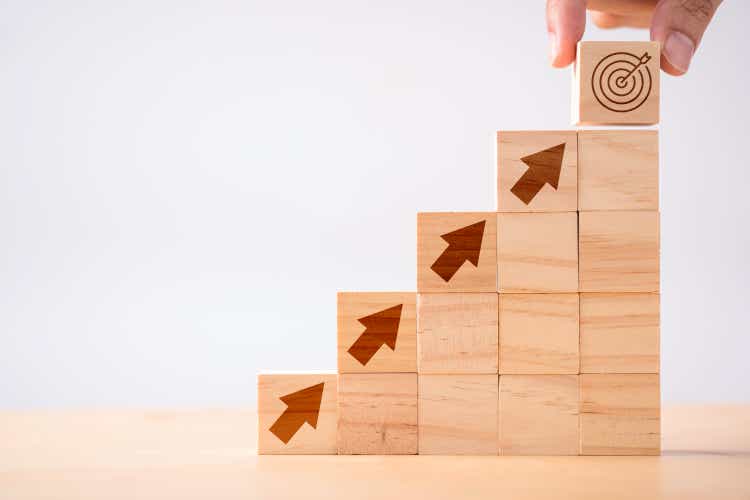 We wrote about Lancaster Colony Corporation (NASDAQ:LANC) in August of 2020, when we stated that all-time highs were on the way for the dividend king. Shares, in fact, have gained just over 24% since we penned that piece, while the S&P 500 Index (SP500) has gained roughly 16%. Interestingly enough, shares then went on to print all-time highs before finally topping out at just over $200 a share in July of 2021. Since then, shares shed some $80 a share before finally bottoming out in June of last year. Over the past 7 months or so, we have seen outlandish gains with shares as we speak in a battle to break out those previous all-time highs in earnest. We believe a firm breakout is coming, but first an important question to ponder regarding Lancaster Colony Corporation.

The question is the following: Is it better to buy a company trading at all-time highs with an overextended valuation or a deep value play that may be trading for pennies on the dollar? The value investor will inherently go with the depressed stock not knowing that it could also cost him big in terms of opportunity cost while he waits for a turnaround. Remember, with inflation running at 8%+, one needs AT LEAST an 8% annual return just to break even, as the money you invest today will be worth 8%+ less (in terms of buying power) in 12 months’ time.

Suffice it to say, unless one has very deep pockets, the times of waiting for years on end for a depressed value play to come good may have very well come and gone. On the contrary, look at Lancaster Colony’s chart below. Shares briefly, as we see, took out their 2021 highs, and my guess is that support will hold here before shares deliver another meaningful move upward. Why do we state this? Well, apart from Lancaster’s earnings prowess in recent quarters, which we will get into, it may baffle core value investors that the strongest trending moves in stocks actually take place from market highs and not market lows. Therefore, with the MACD histogram having come right back down to the zero line (demonstrating that the recent down-move has lost its momentum), we see a swing low here shortly and another sustained move to the upside.

It is All About Momentum

In Lancaster’s most recent quarter, the company reported a very convincing earnings beat (EPS of $1.62) where quarterly sales of $425.54 million was actually a record number for the company. Although there were plenty of moving parts within the report in both segments, momentum was clearly seen in Lancaster’s pricing initiatives, which is evident through the company’s gross margin metric. Why is this important? Well, given Lancaster’s lack of interest expense on the income statement, growing sales alongside growing margins WILL automatically result in bottom-line growth. Gross margins incidentally increased by 150 basis points over the fourth quarter of last year. Suffice it to say, this trend automatically will have a positive effect on the company’s net earnings trend which is key.

Many companies across a whole host of sectors in the financial markets have struggled to handle inflation due to how their costs have increased significantly. Many of these companies continue to sell more than they ever did on the front end, but unfortunately continue to report declining margins due to runaway costs. Management at Lancaster is fully aware of the adverse effect of rising costs, but Q1 results demonstrated that higher pricing & supply chain improvements stemmed that tide in a meaningful way.

Suffice it to say, it is all about momentum, which can be clearly seen from the consensus bottom-line estimates over the next year or so. As we see below, not only are earnings expected to increase by strong double-digit percentages every quarter but these very same estimates continue to rise in value which is key. Growing sales is obviously a key factor here, with licensing in retail & volume growth in Foodservice continuing to the fore. Furthermore, product mix and inventory management are now much more aligned with better profitability.

Therefore, to sum up, internal trends suggest that Lancaster Colony Corporation should bottom here soon enough before delivering another powerful run to the upside. As mentioned already, it is all about momentum which Lancaster has in spades at present. We look forward to continued coverage.