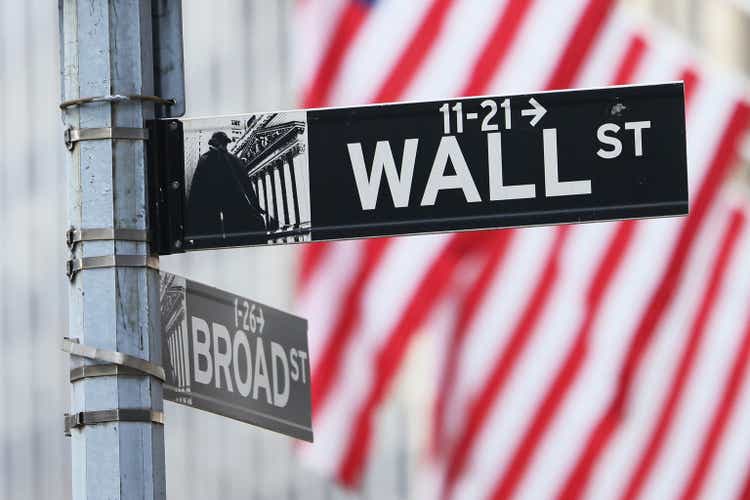 U.S. stocks on Thursday were on track to end with modest gains after the latest inflation data showed a moderation in consumer prices as expected. Focus is now on results from banks on Friday which will kick off the fourth-quarter earnings season.

In a keenly watched report, the Consumer Price Index numbers showed a cooling in inflation, as anticipated.

Of the 11 S&P sectors, eight were trading in the green, led by outsized gains in Energy. Consumer Staples, Utilities and Health Care were the three losers.

All three indices had opened higher and then slipped into negative territory shortly after. Since then they struggled for direction until making a decisive upward push from mid-day and holding onto those gains.

“The bond market is telling you the Fed has already gone too far with hiking and the data confirms it. This was the first month that CPI was negative month-on-month since the midst of the pandemic when the entire economy was shut down and many people were still in quarantine. The Fed can keep pushing tighter, but all that will guarantee is a hard landing … the prudent move would be to act in a data-dependent manner and pause in coming meetings,” Hayes added.

The release of the CPI data has seen a major jump in the expectations of a 25 basis point rate hike by the Fed at its February meeting. According to the CME FedWatch tool, the markets are now pricing in a 91.2% probability of a 25 bps hike, compared to a 79.2% probability only yesterday.

“Interest rates are falling across the yield curve, and the probabilities of 25-basis-point increases in February and March have increased,” Seeking Alpha contributor Lawrence Fuller said.

“Fed officials are likely to maintain hawkish rhetoric to limit enthusiasm for risk assets and the loosening of financial conditions,” Fuller added.

In other economic data, the number of Americans filing for weekly jobless claims dipped slightly to 205K, confounding expectations and pointing to continued resilience in the labor market.

Among active stocks, Walt Disney (DIS) was the top percentage gainer on the Dow (DJI), rising more than 3%. Activist investor Nelson Peltz of Trian Fund has kicked off a fight for a board seat at the entertainment giant after the company rebuffed his nomination as director by Trian.

Cannabis software services provider Akerna (KERN) was the top percentage gainer on the Nasdaq Composite (COMP.IND) after it sold one of its units for about $2.8M.