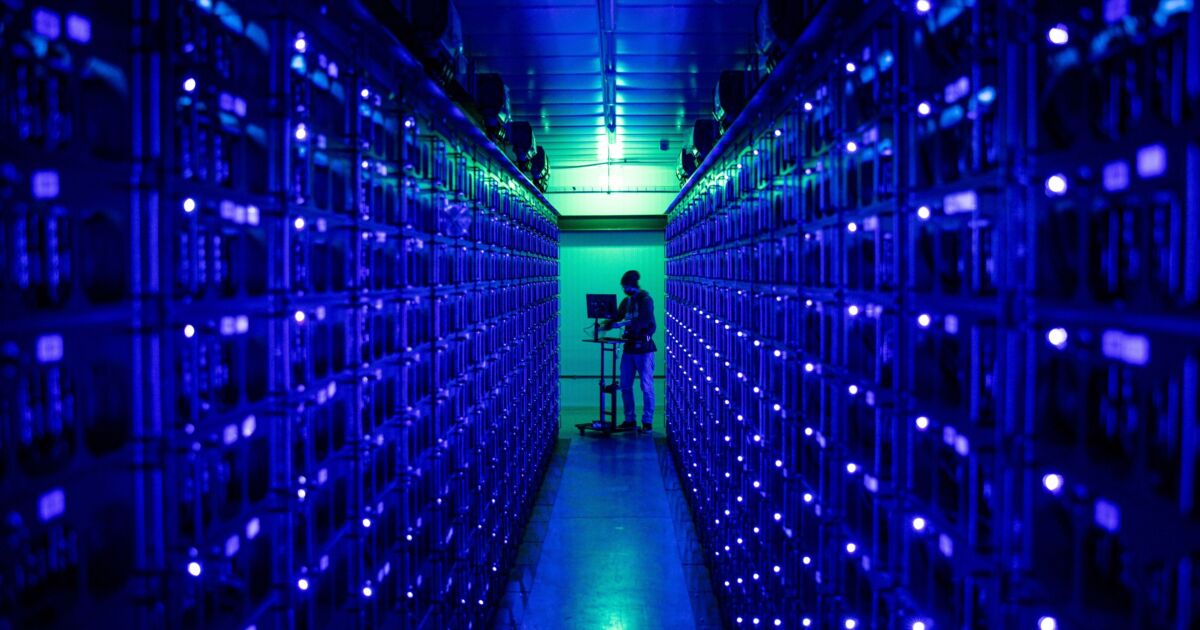 Crypto lenders have repossessed so many Bitcoin mining rigs they’re resorting to plugging them in and extracting tokens themselves.

Lenders are getting creative as to what to do with the mining machines they accepted as collateral for the some $4 billion in rig-backed loans they underwrote when the rally in bitcoin seemed unstoppable. With the recent surge in loan defaults and plunge in cryptocurrencies, the value of new generation machines has dropped 85%, according to data from Luxor Technologies.

While some machines are just sitting in warehouses, waiting for prices to recover, lenders like New York Digital Investment Group are using debt negotiations to find alternative solutions. In December, NYDIG agreed to pay Greenidge Generation Holdings not only for its mining rigs but to operate them in exchange for debt reduction. The deal effectively made Greenidge — once one of the largest bitcoin miners — a hosting firm while NYDIG became the miner.

“Lenders are flooded with mining rigs,” said Wolfie Zhao, head of research at TheMinerMag, a research arm of the mining consultancy BlocksBridge. “One way for the lenders to prevent further losses from the defaulted loans is to keep the collateralized machines running and generate some income.”

It’s an option lenders are taking more seriously, especially those that already have mining capabilities to build on, including Galaxy Digital and Digital Currency Group’s Foundry.

Bitcoin mining — which uses specialized computers known as rigs to validate transactions on the blockchain in exchange for rewards in the token — was among the most lucrative businesses in crypto. Miners had sought to leverage that value in the run-up of bitcoin’s historic rally. But with a surge in energy prices and bitcoin down 58% on the year, a number of loans are now underwater. A Valkyrie index of bitcoin miners is down 75% from a year ago, even after this weeks 30% jump on optimism a U.S. economic recovery could prop up crypto prices.

NYDIG originated about $378 million in rig-backed loans to miners between October 2020 and May 2022, according to data compiled by TheMinerMag. Already it’s received about 26,200 machines from Stronghold Digital Mining to eliminate the miner’s $67 million debt, and it’s likely to take over another batch of machines from Iris Energy after it defaulted on $103 million in machine-backed loans.

“Some lenders are already on the lookout for high-quality hosting sites,” he said. “Lenders can recover some losses if they can find reliable bitcoin mining facilities with cheap electricity, but they are hard to find.”

Of course, lenders may still choose to sell some of the machines, “even at a steep discount,” Jappa said. But they may not want to sell a large amount. As more miners such as Core Scientific go bankrupt, even more machines are expected to hit the market. If that depresses prices even further, that means even greater losses for lenders.