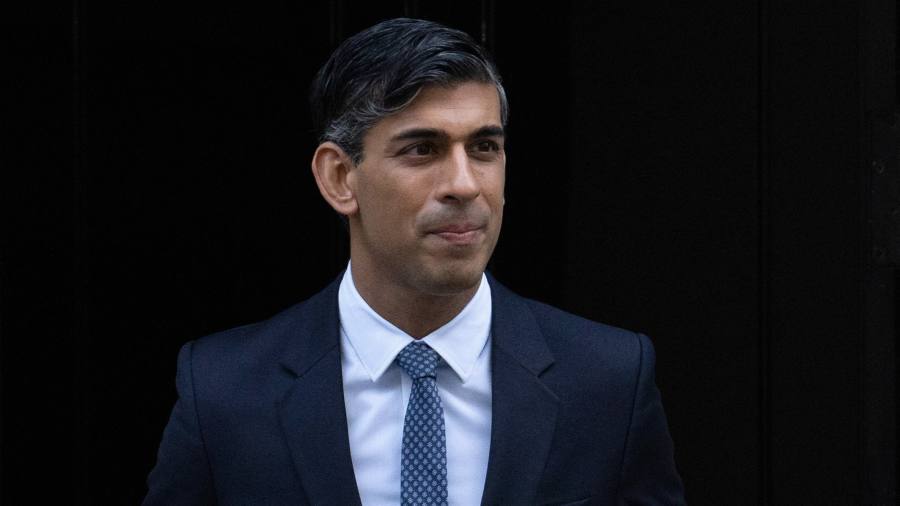 Rishi Sunak’s attempt to get Brexit “done” is facing a crucial week, with key talks over resolving the row about Northern Ireland’s trading relations and a Tory revolt brewing over a proposed bonfire of EU laws.

On Monday James Cleverly, the UK foreign secretary, will hold talks with Maroš Šefčovič, European Commission vice-president, aimed at clearing the path for a deal in the first quarter of 2023 on the so-called Northern Ireland protocol, which governs the region’s trading arrangements.

Last week the two sides secured a tentative breakthrough with a deal that will allow the EU to share “real-time” UK data on trade flows across the Irish Sea from Great Britain to Northern Ireland.

Cleverly and Šefčovič’s follow-up talks, by video link, are intended to discover whether there is enough common ground to allow the next phase of intensive and secret discussions to take place in the so-called “tunnel”.

The Northern Ireland protocol, part of Boris Johnson’s 2019 Brexit deal, created a border for intra-UK trade from Great Britain to Northern Ireland, which remains part of the EU’s single market for goods. But the Democratic Unionist party, the region’s largest pro-UK political force, pulled out of a power-sharing government over its objections to the protocol.

Both UK and EU officials have tried to downplay the chances of success on Monday. One British official said: “That is one scenario, but I’m not particularly betting money on it.”

EU diplomats describe the talks as “confidence building”, with both sides eyeing the possibility of settling the issue before April’s 25th anniversary of the Good Friday Agreement, which ended decades of conflict in Northern Ireland.

Much depends on whether Sunak feels able to take on Eurosceptics in his own party with a compromise deal and whether the EU in turn can show more flexibility in its position.

Meanwhile, Sunak’s plan for an automatic purge of “retained EU law” on the British statute book at the end of 2023 is coming under new criticism from senior Tory MPs, who want parliament to have more say on the process.

The Retained EU Law bill, which has its final Commons report stage on Wednesday, has a “sunset clause” which scraps all EU legislation that has not been specifically reviewed by ministers and retained.

Stella Creasy, the Labour MP behind the amendment to the bill, hopes more Tory MPs will also support it; the idea of giving parliament a greater say has been opposed by the government in the past, setting up a Commons showdown.

The amendment would require the government to publish an exhaustive list of all legislation set to be revoked at least three months before their expiry date. Parliament could then pass a resolution to amend the list.

Ministers have been unable been able to say exactly how many “retained EU laws” are on the statute book; many of them cover issues such as consumer rights and environmental protection.

Last year the Financial Times revealed that the National Archives had discovered a further 1,400 measures, on top of the 2,400 previously identified.